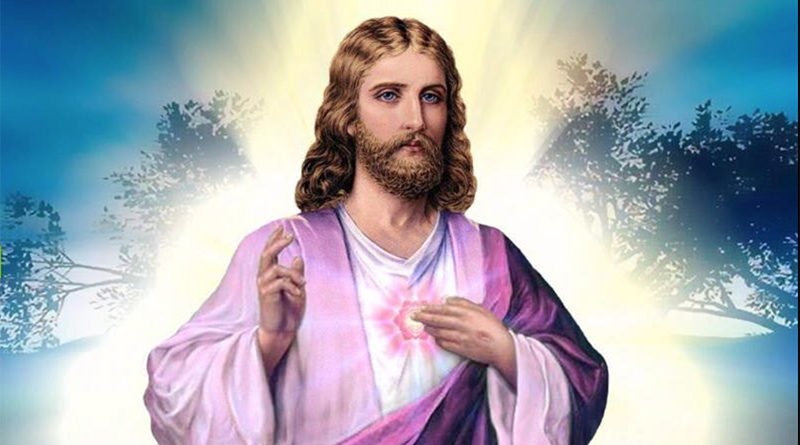 Karma in the Bible – Part 2

The law of karma is set forth throughout the Bible. The apostle Paul makes clear what our Lord taught him and what he learned from life:

Every man shall bear his own burden…. Be not deceived; God is not mocked: for whatsoever a man soweth, that shall he also reap. For he that soweth to his flesh shall of the flesh reap corruption; but he that soweth to the Spirit shall of the Spirit reap life everlasting. And let us not be weary in well doing: for in due season we shall reap, if we faint not. As we have therefore opportunity, let us do good unto all men.*

Since it is often not possible to reap all of our harvests in one lifetime, the lawof karmais fulfilled through the corollary law of reincarnation. Reincarnation is God’s mercy that allows us to reap the harvest of our past so wings here on earth instead of consigning us prematurely to “heaven”or “hell,”when we are ready for neither and we still have things to do on earth.

Take, for example, the case of Avianca Flight 052, which went down while trying to land at Kennedy International Airport in January 1990, killing 73 and injuring 85. After controllers and bad weather had delayed its landing, the jet ran out of fuel and crashed into a hillside in Cove Neck, New York.

The first officer’s poor communication was one of the primary reasons for the crash. From what I can tell from the official transcript of the cockpit voice recorder,5the first officer, whose job it was to communicate with air-traffic controllers, told the control tower that the plane was low on fuel but never used the word emergency.

The pilot said to his first officer, “Tell him we are having an emergency,”referring to their fuel status. Instead of repeating those exact words, the first officer told the controller, “We are running out of fuel.”

For his failure to say, “This is an emergency! We are out of fuel!”and for his failure to obey the order to do so while telling the pilot that he had, the first officer was at least partially, if not totally, karmically accountable for the deaths and injuries of everyone on board.

Having died in the crash himself, how would he be able to pay his debt to the people he had harmed by his negligence? Would God send him to hell?

I don’t believe so. I believe he would allow him to reembody that he might make amends for his mistake. I believe God would, according to the necessity of the law of cause and effect, put the first officer in a position whereby he might serve those who had suffered. And I believe God would return to embodiment those whose opportunity to fulfill their destiny in this life may have been impaired or cut short.

Reincarnation gives us the opportunity to learn the lessons that our returning karma, good and bad, teaches us with its exacting discipline. Then free will allows us to choose to capitalize on our harvest of talents and good works and to pay the debt for, or “balance,”our misuses of God’s light, energy and consciousness.

Karma can bring boon and blessing to those who have sown well according to the golden rule: “Do unto others as you would have them do unto you.”

But to those who have sown the bad seed of selfishness and self-love (as we all have in one lifetime or another) karma is a taskmaster—exacting every jot and tittle of the law till all be fulfilled.

Yet, even when karma as the great initiator comes knocking at our door, we may still choose not to make things right and go on violating the rights of others as we freely use and abuse God’s energy.

But we cannot get away with it forever. The cosmic law of compensation will not allow it. For God, inasmuch as he embodies his law of karma, will not be forever mocked: Either we cast ourselves upon the Rock of Christ and allow our negative momentum’s to be broken, else, as it is written, the Rock of Christ as the avenger of our karma will grind us to powder.7

In my discussions with Christians, I have found that they deny the law of karma based on certain passages in the Epistles that emphasize salvation by faith and grace. They say that good works, though an important part of Christian life, are no guarantee of salvation. And they say that because Christ died for our sins, we are not required to pay the price for them.

I believe that we are saved through the grace of our Lord and Saviour Jesus Christ. But I also believe that the real meaning of “saved”is that Jesus’grace allows us the time and space through reincarnation to atone for our misdeeds and mistakes. We are “bought with a price,”as Paul said.

And Christ, as the great burden-bearer of our karma, has paid the ransom. But inherent in Christ’s grace is our obligation to enter the path of atonement unto the resurrection and eternal life.

When we come of age spiritually and are ready as joint-heirs with Jesus Christ9to receive our inheritance of the Light he bore, then the Father-Mother God requires us, as Paul said, to bear our own burden of karma and transmute it through service to life and by the alchemical fires of Love—specifically the “violet flame,”which we invoke from the Holy Spirit.

The law of cause and effect and of free will is affirmed by Jesus over and over again in his parables to his own and in his warnings to the seed of the wicked. Our Lord speaks often of the day of judgment, which is the day of reckoning of every man’s karmic accounts as recorded 4 in his own book of life. In Matthew 12:35-37 he lectures to the scribes and Pharisees on the law of cause and effect:

A good man out of the good treasure of the heart bringeth forth good things [i.e., positive karma]: and an evil man out of the evil treasure bringeth forth evil things [i.e., negative karma]. But I say unto you, That every idle word that men shall speak, they shall give account thereof in the day of judgment. For by thy words thou shalt be justified, and by thy words thou shalt be condemned. Jesus says that a man will be justified for his righteous and truthful words and condemned for his unrighteous and untruthful words. The Lord’s grace will save him only if he is obedient to the law of Love—”that ye love one another as I have loved you.”

The Lord’s grace will save him only if he is obedient to the law of Love—”that ye love one another as I have loved you.”

And it is embodied in the second that is like unto it: Thou shalt love thy neighbor as thyself. Jesus said that “on these two commandments hang all the law and the prophets.”11

Truly, love is the fulfilling of the law of karma; and our obedience to Love’s calling is our greatest assurance that we will not continue to make negative karma, whose harvest we will surely reap.

The evidence is conclusive that the law of karma is inescapable in the Judeo-Christian tradition. And absent the gift of prophecy, clairvoyance, an active sixth sense, a source of accurate psychic prediction or a prophet next door, astrology is our chart that enables us to navigate the minefield of karma.

This is that karma which descends with “sudden destruction,”24 yet can be foreknown. Yes, astrology provides us with mathematical formulas predicting the weights and measures, and most especially the timetable, of our karmic returns in all our today’s and tomorrows till the end of karmic time and space. 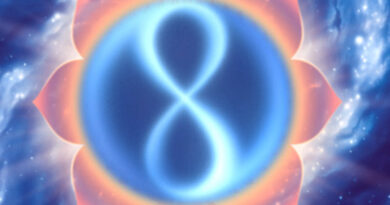 A Maitreya Meditation upon the Heart 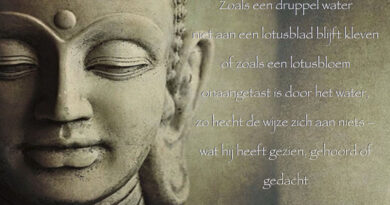 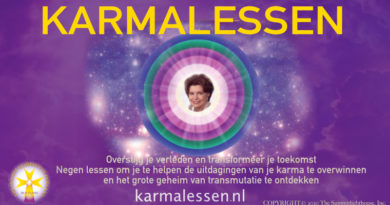