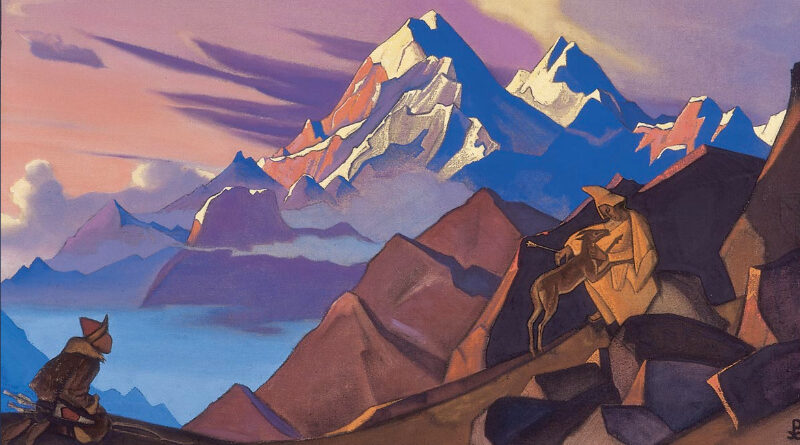 Before I begin I would like to read to you from Climb the Highest Mountain a teaching the Ascended Master El Morya dictated to Mark L. Prophet in 1973. It is taken from chapter 1, the section entitled “The Soul: A Living Potential.” God is a Spirit and the soul is the living potential of God. The soul’s demand for free will and its separation from God resulted in the descent of this potential into the lowly estate of the flesh. Sown in dishonor, the soul is destined to be raised in honor to the fullness of that God-estate which is the one Spirit of all Life. The soul can be lost; Spirit can never die.

Never the Spirit was born;
the Spirit shall cease to be never;
Never was time it was not;
End and Beginning are dreams!
Birthless and deathless and changeless
remaineth the Spirit for ever;
Death hath not touched it at all,
dead though the house of it seems! 1

The soul, then, remains a fallen potential that must be imbued with the Reality of Spirit, purified through prayer and supplication, and returned to the glory from which it descended and to the unity of the Whole.This rejoining of soul to Spirit is the alchemical marriage which determines the destiny of the self and makes it one with immortal Truth. When this ritual is fulfilled, the highest Self is enthroned as the Lord of Life and the potential of God, realized in man, is found to be the All-in-all. 2 The Soul of Mark L. Prophet

As I was thinking about the concept of the evolution of the soul, I said to myself, “Whom have I known in this life or in past lives who I could say represents to me the soul of humanity, the soul I would like to see all souls emulate in a succession of virtues?” And without hesitation, I singled out the living soul I knew to be the soul of Mark L. Prophet. And I realized that because I had known his soul on earth, I could also know his soul in heaven. I knew Mark for twelve years that seemed like twelve thousand years and forever—or one endless day. Ours was a mutual soul knowing. We communed at the soul level and we still do. I remember his soul in many roles—as a little child, as a wise man, as father, mother, spouse and comforter. As Guru, Teacher, Messenger and Friend.

Mark didn’t seal his soul in an impregnable fortress so that none could have access to him. On the contrary, he allowed all souls of God to enter the precincts of his mind, which was one with the Mind of God, that they might commune with God through the open channel he had to God even while he was on earth.

We sometimes have misconceptions about our souls even if we have been in therapy under a qualified professional and think we know our souls. Often we are too analytical. We start analyzing, “Well, what is my soul?” We draw a circle and we say, “This circle represents my soul.” Then we cut it up into large and small sections of a pie and we say, “Well, this piece of my soul is dysfunctional and this piece of my soul is intelligent and well-respected. But this piece of my soul suffers because as a child I was at times neglected and at times indulged.” I think we glimpse fragments of our souls. But only once in a lifetime do we come across a whole-souled person. And by that I mean a person whose soul is whole and intact. Until we meet such a person and study the profile of his soul, we have only a vague sense of who and what the soul really is.

The song “Lanello’s Excelsior,” 3 brought forth by our messenger of music, encapsulates the soul of Mark L. Prophet. (Mark used the pen name Lanello, which he later took as his Ascended Master name after he attained union with God through the ritual of the ascension on February 26, 1973.) It is a sweet and gentle melody set to words from a dictation. The haunting minor key of “Greensleeves,” Lanello’s keynote, is woven through the second half of the piece and leaves us with the call from Lanello’s heart to “Come to the Home of the Mother, the One.” The words 2 and music, enhanced by the orchestration and by the performance of the Church Universal and Triumphant Choir, take us to the soul level of Lanello, allowing him to step through the veil and touch our hearts as no one else can.

In this piece we greet Lanello with the angelic salutation “Hail!” It is a greeting you will often hear exchanged between angels on the heavenly highways. And so we sing, “Hail, Lanello!” and then, “The world awaits thy coming,” followed by the well-known and oft-repeated fiat of Archangel Michael, “Charge, charge, charge and let Victory be proclaimed!” Because Lanello stands next to us as we sing, we internalize something new and special each time we sing to him. We gain a sense of co-measurement with him and, through him, with our Mighty I AM Presence.

Yes, we can follow it back to the heart of the Elohim Cyclopea and Virginia, the Archangel Raphael and the Blessed Mother Mary, the angels of music and the All-Seeing Eye of God, and the Ascended Masters serving on the Fifth Ray with Hilarion. We can go to the heart of the music and follow it back to our own souls, to our Holy Christ Self and to our beloved I AM Presence.

Elizabeth Clare Prophet delivered this lecture, “On the Soul,” at the eleven-day conference FREEDOM 1995: “Soul

Evolution.” The conference was held June 24 through July 4, 1995, at the Royal Teton Ranch, Park County, Montana. The lecture has been edited for publication in the Pearls of Wisdom. Throughout these notes PoW is the abbreviation for Pearls of Wisdom. Published by Summit University Copyright © 2020 The Summit Lighthouse, Inc. 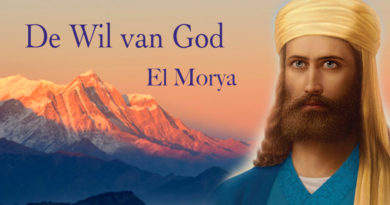 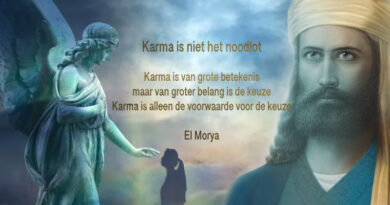 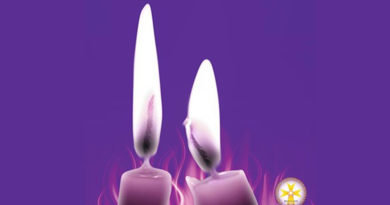