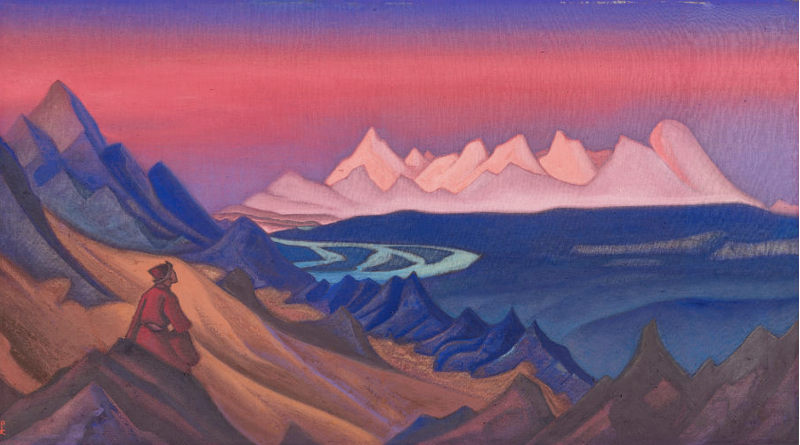 In the legends of the East, Shamballa is the name of a mythical kingdom, an earthly paradise, said to exist somewhere between the Himalayas and the Gobi desert. Ancient Tibetan texts describe the kingdom as a beautiful place in an inaccessible part of Asia, formed of eight regions, each surrounded by a ring of snow-capped mountains and therefore looking like an eight-petaled blossom. It is an idyllic country free of strife and crime, whose inhabitants have attained great spiritual development and powers.

The kingdom of Shamballa plays a central role in Tibetan Buddhism. Author Edwin Bernbaum writes that the sacred texts of the Tibetans speak of Shamballa as

… a mystical kingdom hidden behind snow peaks somewhere north of Tibet. There a line of enlightened kings is supposed to be guarding the most secret teachings of Buddhism for a time when all truth in the world outside is lost in war and the lust for power and wealth. Then, according to prophecy, a future King of Shamballa will come out with a great army to destroy the forces of evil and bring in a golden age. Under his enlightened rule, the world will become, at last, a place of peace and plenty, filled with the riches of wisdom and compassion.

The texts add that a long and mystical journey across a wilderness of deserts and mountains leads to Shamballa. Whoever manages to reach this distant sanctuary, having overcome numerous hardships and obstacles along the way, will find there a secret teaching that will enable him to master time and liberate himself from its bondage. The texts warn, however, that only those who are called and have the necessary spiritual preparation will be able to get to Shamballa; others will find only blinding storms and empty mountains—or even death.[1]

Tibetans believe Shambhala still exists today as an earthly paradise from which will issue the golden age of the future. The Dalai Lama, the exiled ruler of Tibet, feels that the kingdom has a material existence in this world, but that one must reach an advanced level of spiritual attainment to find or recognize it. Other Tibetans see recent events, in particular the destruction of much of Buddhism in Tibet and elsewhere in Asia, as indications that the future king of Shambhala will soon come out of his hidden sanctuary to defeat the forces of materialism and establish a golden age of spirituality….

An old story tells of a young man who sets off in search of the mythical kingdom. After crossing many mountains, he comes to the cave of an old hermit, who asks where he is going. “To find Shambhala,” the young man replies. “Ah! Well then, you need not travel far,” the hermit says. “The kingdom of Shambhala is in your heart.” As the story suggests, for many Tibetans Shambhala lies hidden as a state of mind that must be awakened so that the kingdom can be found in the world outside.[2]

In order to understand Tibet one must understand its religion—for the two are virtually inseparable. This passage from an eighth- or ninth-century Tibetan text describes how heaven and earth are one in the land and hearts of the people of Tibet: [3]

This center of heaven,
This core of the earth,
This heart of the world,
Fenced round by snow,
The headland of all rivers,
Where the mountains are high and
The land is pure.

This is the meeting place of the etheric and physical octaves in the East. The Inner Retreat and the Western Shamballa is the Place Prepared and chosen in the West for that very phenomenon of the merging of the etheric and physical octaves. The physical and the etheric are connected at the heart of the chela. At the point of the heart and the expansion of the threefold flame of the Three Jewels of the Buddha, the Dharma, the Sangha, there we find that the etheric octave may descend and be in the physical earth for the beginning of the days when the golden age will come and earth shall be raised again to the etheric octave 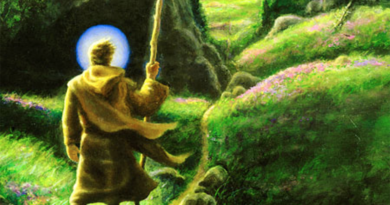 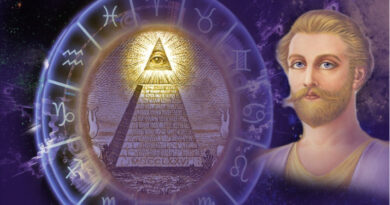 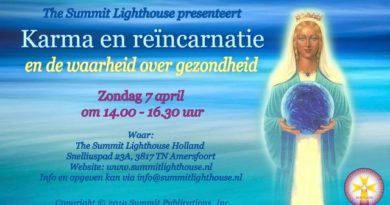