Sanat Kumara anchored a ray of light from his heart as a thread of contact with each one evolving on the planet Earth, nourishing and sustaining that flame and assisting the Holy Christ Self to quicken the Christ consciousness. Without that assistance, mankind en masse would have gone through the second death, and the planet would have been destroyed.

The ancient custom of the Yule log has come down to us from the service rendered by Sanat Kumara who, each year, consecrated a focus of the sacred fire in the physical octaves. It became tradition for the people to come across many miles to take home a piece of the Yule log and to use it to light their fires through the coming twelve-month cycle. Thus, a focus of his physical flame was tangibly manifest in the dwelling places of the people of the earth, enabling them to have actual physical contact with a focus of the Lord of the World in their midst.

Sanat Kumara’s mission was completed on January 1, 1956, when his most capable disciple Gautama Buddha was awarded the position of Lord of the World, having enough momentum to hold the balance for the planet and the focus of the threefold flame. Sanat Kumara then became Regent of the World, and in that capacity he continues to assist earth’s evolutions from his home on Venus.

Until this change in office, Sanat Kumara released tremendous light to the planet each year at the Wesak Festival during the full moon in Taurus. His radiation was anchored through his disciples, Lord Gautama Buddha, Lord Maitreya and the one who currently holds the office of the Maha Chohan. These three anchored the focus of the threefold flame from the heart of Sanat Kumara on behalf of the Lord of the World. They were the step-down transformers for his intense radiation.

In a landmark dictation on October 11, 1992, Sanat Kumara gave a dispensation allowing us to command him “to take command of any and all affairs in the world.”

He said: Blessed ones, without ceremony and without missing a beat of your daily responsibilities, you can breathe, [for instance,] the single fiat and the single prayer:

Simply be specific…. A one-sentence call thoughtfully worded and given as a fiat to me by name, Sanat Kumara, will result in an action of the hosts of the

Lord and the armies of the Faithful and True. How can you, then, resist making that single call?

I pray that you will not forget so great a salvation that I am offering to you. And therefore, angels of the Seven Holy Kumaras come to guard the mind from despair and depression and distraction and the forgetfulness, the forgetfulness, beloved ones, to simply offer the prayer.

Lest you forget, you have many means of reminding yourself, from the string around the finger to the alarm clock, to signs posted in various places, to having the buddy system, to setting a time that you never forget and you never forsake for making those calls….
Think of yourselves as commanders of battalions and legions of angels. Think of yourselves as standing before a hundred thousand angels who await the word of the command…. Therefore, you must qualify your prayer:

“Let this call be executed by the legions of light according to the will of God and only the will of God. Sanat Kumara, not my will but thine be done!”[1]

I desire to sponsor those of you who will make it the centerpiece of your life to command angels and to determine how you will clock the hours to remind yourselves that each hour on the hour you may give a thirty-second call [in the name of Sanat Kumara] consisting of commands [to the legions of light] for the liberation of the oppressed souls of an entire world.[2]

On July 4, 1993, Saint Germain spoke again of the importance of making these hourly calls.

You remember that I have called you to make a call every hour on the hour—a simple call in the name of Sanat Kumara to assign the angels and legions of light and hosts of the LORD to go forth for the binding of Evil in the earth. Well, beloved ones, the messenger has programmed a computer to beep every hour on the hour. I suggest you do the same, for when you hear that little beep you can give a fiat of thirty seconds or a minute. And in the time it takes you to make that fiat, you can go through your lists and you can empower millions of angels as you send them to deal with areas of crisis throughout the globe.[3] 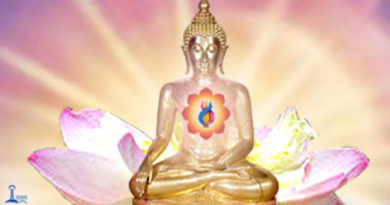 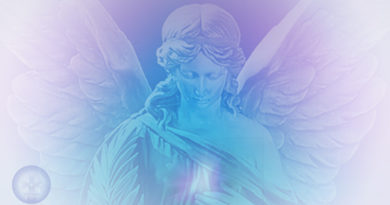 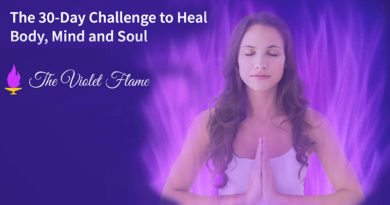 The 30-Day Challenge to Heal Body, Mind and Soul