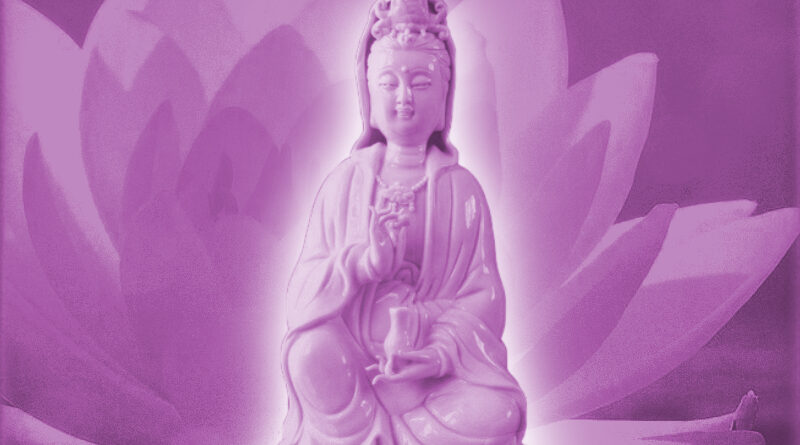 To the Quality of Mercy Itself: While mankind yearn to see mercy operative in all areas of life, while they deplore acts of violence and destruction, the outpouring of human venom continues in the world order in an unprecedented manner. Have you thought of what would happen if mankind were to rise up en masse to challenge these disturbing activities? And if you think that the concerted action of humanity is impractical at the physical level, have you considered what spiritual power can be mustered to turn the tide of tyranny through the united prayer force of millions who still believe that life can be beautiful?

Such a binding-together of hearts in joyous, praiseful invocation would create a climate of harmony toward all peoples, enabling little children to rejoice inwardly even as today they so frequently suffer pangs of disillusionment in a world that continues “half slave and half free” <1> as souls cry out for mercy from the living God. Even as the Christmas season approaches when “peace on earth, good will toward men” <2>should be uppermost in men’s minds, their pure and tender regard is defiled by manifestations that bring great harm to the purposes of the Universal Christ and to the purposes of Infinite Love.

Whenever I am called upon to speak to embodied mankind, I cannot refrain from recalling for them those moments of harmony which they once knew within the Heart of God as the only activity of Life in all of His creative essence. If you will think about it, you will realize that by reason of the Divine Nature, only the quality of mercy and the tenderness of the creative nature of God could have been sustained within His Mind in those epochs when the worlds were framed. Then too, the domain of the heart and the mind with which He endowed man contained only peace, purity, victory, and that progressive radiation which in going forth would always produce after its kind.

From whence came those concepts that have caused so much distress in the physical realm and in the outer consciousness of mankind? I do not wish you to dwell upon it, but I must give answer to those who storm the gates of heaven with charges and counter charges that belie the quality of mercy–as though God would have been able to thwart human inharmonies and distresses even if He had chosen to do so, as though (seeing He is the only creator, as it has been declared) evil as well as good had stemmed from His Hand. God in His great mercy will never depart from the Law which makes every man, as a co-creator with Him, responsible for his actions. Thus out of a supreme sense of cosmic justice He cannot–will not–thwart the course of man’s inhumanity to man–unless His intervention is invoked and acted upon.

How untrue is the concept that God created good and evil. For only as potential good and as potential evil, as these are present in man’s free will, could elements that are lacking in mercy have ever existed. And where did that potential lie? Not within the domain of the Creator, but within the tree of potential, the tree of the human knowledge of good and evil. <3> It was man’s misuse of Life and free will and his entertaining in thought and feeling of those possibilities that resemble not God but only misapplied opportunity which have created an exaggerated appearance of evil upon the screen of Life.

The most merciful thing that humanity could ever do is to forget those episodes of personal and planetary history that have caused such distress to Life and to release their hatreds and their desires for revenge into the flame of forgiveness. By acknowledging that all past injustices were but human misapplications of the Law and human misunderstanding of the correct use of the gift of Life stirred up by mankind’s selfishness and rebellion, people will learn to forgive themselves and to forget the shortcomings and shortsightedness of others which might well have been their own. Hence, through what might be termed a cosmic jealousy, those who originally were spiritual beings have been denied their opportunity to serve by which they would have magnificently enhanced the forward movement of the Cosmos.

You cannot possibly bring forth, O mankind, any saving grace, any quality of restoration, either from the fount of evil or from the sense of evil and foreboding. It will always create after itself; for it is a human endowment of human jangle, discord, and rebellion against the precepts of the Law. It is not wrong for individuals to understand intellectually how these conditions came to be, but you should not endow them with any power of continuity. One day the prophecy shall be fulfilled as it was stated long ago, “Never shalt thou be any more.” <4> Therefore, one day the great mercy inherent in the universe will see to it that all that is darkness shall be dissipated by the radiant and vibrant Light of God that never fails.

Won’t you try, then, in a childlike manner, to understand that it is not a pollyanna attitude, or what you have called “goody-goody,” that is going to deliver humanity into the arms of a greater understanding, but it is the prevailing power of Good as God within the individual soul that will give man his ultimate enlightenment? By this he will behold the most merciful drama humanity can enact–the amplification of all goodness and all worthy purpose into the bringing-in of the kingdom of heaven. Don’t you see that the hills will then cry out, that all nature, the elementals, the angels, and every part of Life will express themselves with paeans of rejoicing because the power of Truth that is the creative essence of the universe has at last prevailed in the domain of the human mind and heart as it was originally intended to do?

I want you to think of this. I want you to recognize it. But there is one danger you must watch for, and that is the condemnation of those parts of Life that have not yet come to the fullness of this understanding. Bear with them. They eat yet of the fruit of the tree of the knowledge of good and evil, while to you is given to mercifully partake of the Tree of Life. Do it with love and with compassion as a vital activity of the Sacred Fire. Thus goodness and mercy shall overflow the banks of your individual life and bring you into the realm of universal ideation, of universal activity, of universal Christhood, and of universal mercy. Thus does God prevail.

Devoted to your Light and its expansion–O flame of mercy, expand! 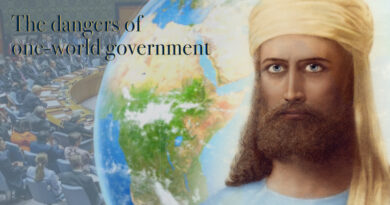 The dangers of one-world government 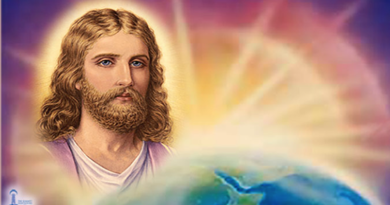 With God all things are possible! 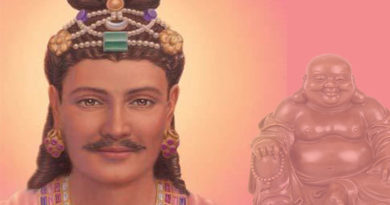