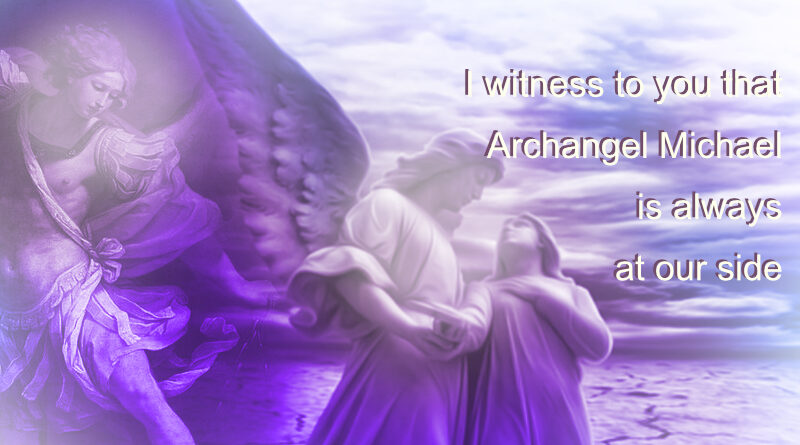 Storie 1: Kelly and the car crash

A few days after Kelly and her friends learned about Archangel Michael, they were in a terrible collision. A fully loaded 18-wheel truck hit their car broadside, rolled up over the car and dragged the car under its wheels for five hundred feet before stopping.Kelly was pinned in the crushed metal from the bottom of her feet to mid-chest.

One wheel of the truck was directly above her lower body and she was not able to breathe. With all the strength Kelly had left, in the silence of her heart she called to Archangel Michael for help. Instantly the truck lifted. She had time to twist the upper part of her little body free. Then the weight of the truck descended again. Kelly received a crushed pelvis, her leg was snapped in half and she had internal injuries. She was in extreme pain but she could breathe and she was alive! Through the grace of God, Archangel Michael heard her silent call and came as he had promised.  Those who witnessed this event could not explain what happened. They only knew that a miracle had taken place and that a life had been spared. Through the grace of God and after three surgeries, Kelly’s body was repaired. Kelly’s mother concluded her letter: “I witness to you that Archangel Michael is always at our side”. He simply wants our call, and he may not intercede unless he is asked.”

Someone wrote me this story of how Archangel Michael helped her. She had been visiting her parents in wintertime in New England. It had just snowed, and her father had gotten a rented van stuck in the driveway. He tried rocking it to no avail. Then he pushed, with the girl at the wheel. Then they both pushed, but still no luck. The more they pushed, the deeper the van got stuck.
After half an hour or so, the daughter, who was only five foot three, convinced her father to get back into the van and start rocking again while she pushed by herself.Then she made an intense call to Archangel Michael to place his presence over her and to push that van.In under one minute, the van was out of the rut and onto the road. The father was dumbfounded. How could his tiny daughter have been able to move the van by herself? She told him she had not moved the van at all—it was Archangel Michael.
Storie 3: The Angels helped me with cancer

One night, Joan suddenly awoke with her hand wrapped around her breast, her fingers grasping what turned out to be a four-inch tumor. “I felt an angelic presence next to me at my bedside,” she wrote. “‘Wake up! We have work to do!’ was the message.

I was instantly awake, every cell of my body alert. My first thought was, ‘This is not going to be fun. It’s cancer and it’s going to be hard.’ It was true. It was cancer and it was hard.”From time to time along the way, she again felt that angelic vibration that had awakened her in the middle of the night. “It seemed to be leading me onward,” she said. For example, the day before she was to have surgery, she was scheduled to go to a doctor’s appointment. She had been sleeping only two or three hours at night and was not digesting her food. “Do I have the strength to go to this appointment?” She thought as she lay in bed. That was when she saw the angels enter the room.“

As many as twenty came toward me,” she wrote. “It seemed that I was raised up off the bed about eight inches as they approached. The angels ministered to me, lined up on both sides, ever so gently moving their hands in waves over my body. I felt great love flowing to me. As they withdrew, it seemed that I was lowered back to the bed. “As I roused myself to go to the appointment, I realized I was strong and light as a feather. The angels had come to strengthen me. I negotiated my interview with the oncologist with finesse and sailed through the surgery the next day.” 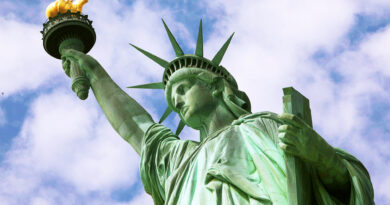 The Karma of America – The Goddess of Liberty – 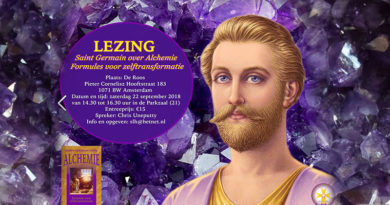 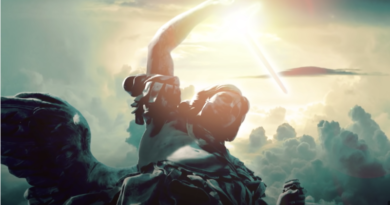