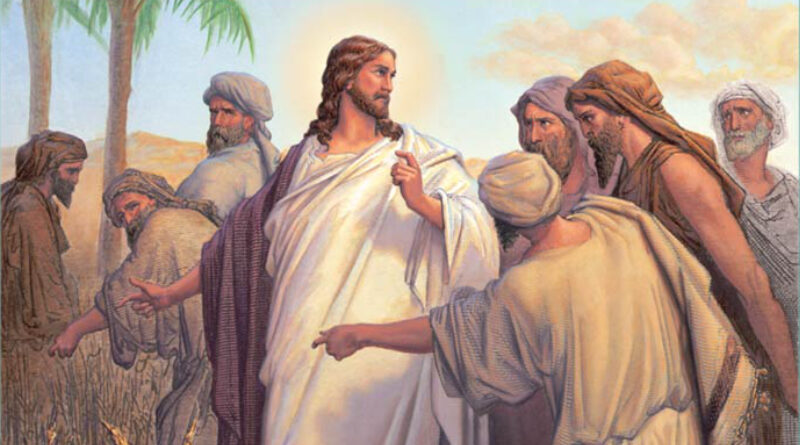 Introduction
The teachings of Jesus Christ on Atlantis are taken from the records of akasha, which have been open to me specifically for the purpose of giving you new information today. What is akasha? It is the substance on which is recorded every deed, every act and thought that has ever taken place anywhere in the physical universe. You could stand in the Sahara Desert and if you had the records opened to you, you could see every civilization, everything that had ever happened in that particular space. When I come to the part about Jesus, this is the reading of the records which El Morya and Jesus have given to me for this lecture.

The Golden Age of Jesus Christ on Atlantis
Jesus Christ, our Lord and Savior, reigned as emperor and high priest over a golden-age civilization on Atlantis. This golden age lasted 2,000 thousand years. It began in 34,550 B.C. and lasted until 32,550 B.C. This age was under the sign of Cancer. It was seventeen ages previous to our own. An age lasts about 2,150 years and is based, as you may know, upon the precession of the equinoxes. Today we are concluding the age of Pisces and beginning the age of Aquarius. 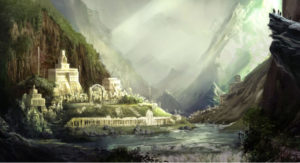 In this era Jesus was born in 33,050 B.C. He began his reign in 33,000 B.C. after the golden age had been in progress for over fifteen hundred years. His consort was his twin flame. We know her today as the ascended lady master Magda. They ruled because they were the highest representatives of God in embodiment in that civilization. In this golden age, more than 50 percent of the people had risen to the bonding with the Holy Christ Self. I remind you, then, that there is one Christ, one only-begotten Son of God, that this Christ is individualized for you and for me. It is the presence just above us and with us of that Emmanuel, one Christ individualized again and again and again.

And so the goal of life is the soul’s bonding to that Christ because the soul is the nonpermanent aspect of being. The soul is not made permanent in eternal life until she does experience that bonding. Today most people upon earth are not bonded to their Holy Christ Self, whom we may also refer to as our Higher Consciousness. And until we achieve that, our souls are in  jeopardy. Now if you can imagine 50 percent of the people in an entire civilization walking the earth with full attunement with that Christ consciousness, with full integration with that Christ, imagine how great a civilization could be!

This bonding to the Holy Christ Self is the definition of the term I use which is “Christed one.” Christ means “anointed by the light.” So a Christed one is anointed, an anointed one that is integrated, a soul integrated with that middle figure in the Chart of Your Divine Self. All of the people of this civilization knew and accepted God’s will. Jesus and Magda did not have to impose any rules on the people because they were all in attunement with their Divine Source.

The people were not dependent on others for their food. Every citizen of this civilization was capable of precipitating his own food and of levitating. They also were able to levitate objects. Now, those who had these capabilities included those who were not yet fully clothed in their Christhood. Yet they knew the laws and practiced them whereby they could accomplish this. The fact that one need not be a Christ to have these siddhis, or powers, explains why black magicians and false gurus may come out of India demonstrating these powers to impress people but they do not have the Christ spirit.

In the time that I have been on the Path, I have met many Indian teachers who were false teachers because they did not have the bonding to the living Christ. And yet they would impress Americans with their powers, their siddhis, because Americans tended to believe that the sign of mastery was in phenomena instead of the Christ spirit, when, of course, it is not. During this two-thousand-year dispensation the citizens of Atlantis were more highly advanced than the later inhabitants of Suern. Suern is a place described in A Dweller on Two Planets by Phylos encompassing present-day India and part of Arabia.

I’d like to speak to you about the crystal cord. The crystal cord is the line that connects the upper figure in the Chart of the Presence, the I AM Presence, with the Holy Christ Self and with the lower figure. It is called the thread of contact. And this particular crystal has been reduced in many to a mere thread. It has atrophied for want of exercise. Yet over that crystal cord, as tiny as it is today, flows the power of your I AM Presence, and that power comes all the way from the Great Central Sun, the spiritual Sun behind the sun, through the individualized Presence of God above you, through your Christ Self.

And finally you can see that cord going through the crown chakra and it fastens in the heart. The light that passes over that crystal cord keeps that flame, that divine spark burning. So it is called an unfed flame because it has no outer source. By that thread of contact, we can qualify God’s light with our decrees and our prayers. And we are intended not only to expand the threefold flame with it but to expand the dimension of that crystal cord.

Think of it now as a thread of contact. And by contrast, understand that Jesus says that the diameter of the crystal cords of those in this golden-age civilization was one foot. Can you imagine. how much more light poured from the God Source, how great the infiring of the mind, how great the light in the chakras? It explains why people could precipitate their own food and levitate and levitate objects.

What man has done, man can do. This is the law of the Brotherhood. The most amazing thing about those who did this and those of us who can do it today is that some of us were a part of that golden-age civilization and knew that attainment, and we have fallen from that level to where we are now. What we have done once we can do again. And this is the great hope of our path today.

Source: a part of the lecture of The Golden Ange of Jesus Christ on Atlantis
A Lecture by Elizabeth Clare Prophet April 28, 1991 Copyright © 1991. All rights reserved. 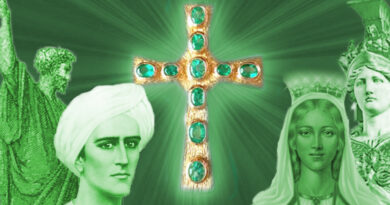 The Establishment of the Order of the Emerald Cross 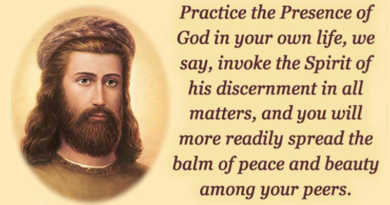 The Power of Right Thought 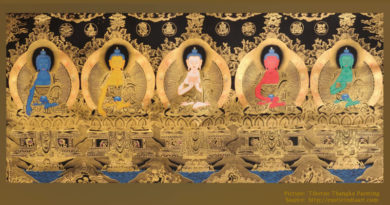